Most people can imagine—with a fair degree of accuracy—the thought processes within the minds of children who are newly diagnosed with life-threatening conditions such as cancer. The same is true concerning the parents of sick children. Obviously, both parties are subject to the vice grip of terror that cancer instills, for the fear of losing your own life or the life of your child is one which is largely unparalleled within the human experience. This much is self-evident—but cancer consists of more than just fear, and there are more frames of reference than the ill child and his parents. One of these perspectives is subject to a distinct dichotomy which severs the lived experience of the individual from the experience lived by the ill child and his/her parents. I am a sibling of a childhood cancer survivor, and this is my story:

Just like that, my family had been torn in two, with Gavin and my parents in one group and “the siblings” in another. Mom and Gavin disappeared entirely—completely engulfed by the hospital—and my father divided his time between work and his sick child. I, on the other hand, began returning from school to an empty home with a heavy heart. At first, I viewed cancer with the same lens used by my parents. Cancer is a scary word, after all—even to a child who has never witnessed its effects. However, as time passed, my fear over losing my brother turned to hate as cancer stripped me of my rights and bound me to a life which I quickly began to despise.

Gavin’s diagnosis and my ejection from all extracurricular activities occurred simultaneously. My life had essentially been converted into a quarantine that would extend indefinitely. At first, this was simply the result of my parents’ disappearance. I could understand that. It sucked, but I realized someone had to be at the hospital, and I knew my dad was working hard to pay for treatment. I could give up some extracurriculars to help my family pull through, right?

Apparently, sacrificing after-school fun was just the beginning. Over next few weeks, I could feel myself becoming less important. My parents weren’t paying any more attention to me except to assign me extra chores to make up for the slack that Gavin left behind, and they were less pleasant to be around. Cancer had greatly heightened their levels of irascibility, and, pretty soon, I was no longer happy to see my parents. Why should I have been? They only spent time with Gavin, and—I swear—they came home just to yell.

Perhaps the most infuriating thing about being the brother of a child with leukemia was that I was not afforded the luxury of having a bad day. To my parents, the only problems that could exist were either financial or cancer-related. How was I supposed to compete for attention when my brother was dying in a hospital bed? Bad day at school? Got hurt on the playground? So what? How dare you even mention it?

Things weren’t much easier in public. Every conversation was the same. It was always, “How’s your brother?” or, “What kinds of toys does Gavin like? Can I get him anything?” Nobody ever asked about me. Even my conversations with my peers were often about Gavin. Once, my art teacher overheard a classmate say, “You know, your brother is probably going to die, right?” She punished the student, and she let me skip my next class to hang out one-on-one. The thing is, that kid was actually a friend of mine. Sure, it was insensitive, but little kids don’t understand the intricacies of human emotion. I wasn’t offended, and he was right. I almost told her not to punish him. Under ordinary circumstances, I would have, but I was so starved of attention that I relished in the fact that—for once—cancer had crowned me. I was important. For the past few months, my existence had been defined by my brother. I wasn’t Quinton anymore—I was Gavin’s brother

Parents often choose to spare the siblings from gruesome details that accompany treatment because they wish to prevent worry or fear. This is a logical decision, though it may do more harm than good. In sparing the siblings from the reality of treatment, they ensure that they will never grasp true understanding of their ill brother or sister’s condition. This is problematic because, without this comprehension, siblings are more likely to be upset when they notice that their sick brother or sister is receiving special treatment. 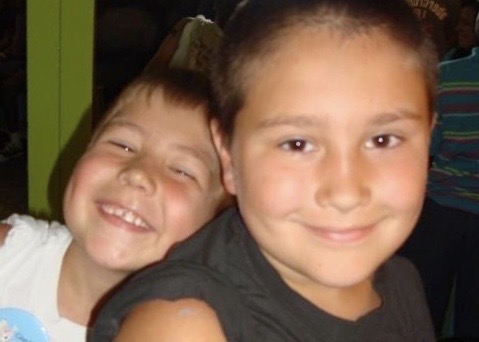 This was certainly the case for me. The most I can remember hearing is “Gavin feels bad today,” or “He’s not doing too well, bud.” Because of this, I failed to comprehend the gravity of his situation. I never saw his tears on his bad days, I never felt his terror in anticipation of the day to come, and I never heard his bloodcurdling screams as the treatment failed to work.

I’ll never forget the first time I got to visit him in the hospital. Up until then, I was under the vague impression that he was fighting for his life—whatever that meant. When I got to his room, though, I was furious. He was cracking jokes upon his throne of a bed, surrounded by a larger audience than I’d had in months. To his right, there was a storage tote overflowing with gifts, and a whole basket of candy across the room. He even had a TV in his room!

Let me get this straight… while I’ve been forced to put my life on hold and neglected for weeks, you haven’t had to go to school and you have visitors that bring gifts? You don’t even look like you’re in pain! You actually look happy! Why have I been lied to? Why are you valued more than me just because you’re sick?

At this moment, a deep hatred for my brother began to coalesce. He had everything I’d ever wanted, and, even worse, he was being supported by people he didn’t even know. People from all over America were mailing him letters and gifts while I couldn’t even get a shred of attention from my own mother.

Do not be mistaken; I have incredible parents. As I have grown older, I’ve realized how blessed I was to have them. As a seven-year-old child, my thoughts were far from cogent. I measured my worth in terms of how much TV I was allowed to watch and the frequency at which cool things were given to me. I had no concept of the lengths at which my parents were going to continue to provide for me while on the cusp of losing their son. However, cancer wreaks havoc regardless of any strongholds you may have in your life, which is why DanceBlue was so important.

DanceBlue provided me with an outlet which helped me to feel like a normal child again. When I met my Adopt-A-Family, I was given the support group that been missing for so long. When those college students took the time to hang out and get to know me, I immediately felt valued again. I was no longer just a liaison between the outside world and my brother—I was my own unique individual with intrinsic worth. Each time my DanceBlue friends came over, they weren’t just there for Gavin. I was always included in every conversation and every game all throughout treatment—but it didn’t end there.

The people who carried me through treatment have continued to carry me through life. They became my camp counselors. They became my life group leaders. They came to my guitar recitals. They were present for my sister’s baptism. They went to our swim meets. Today, when I have questions or concerns about college or my pre-medical aspirations, my DanceBlue family is just a text away. 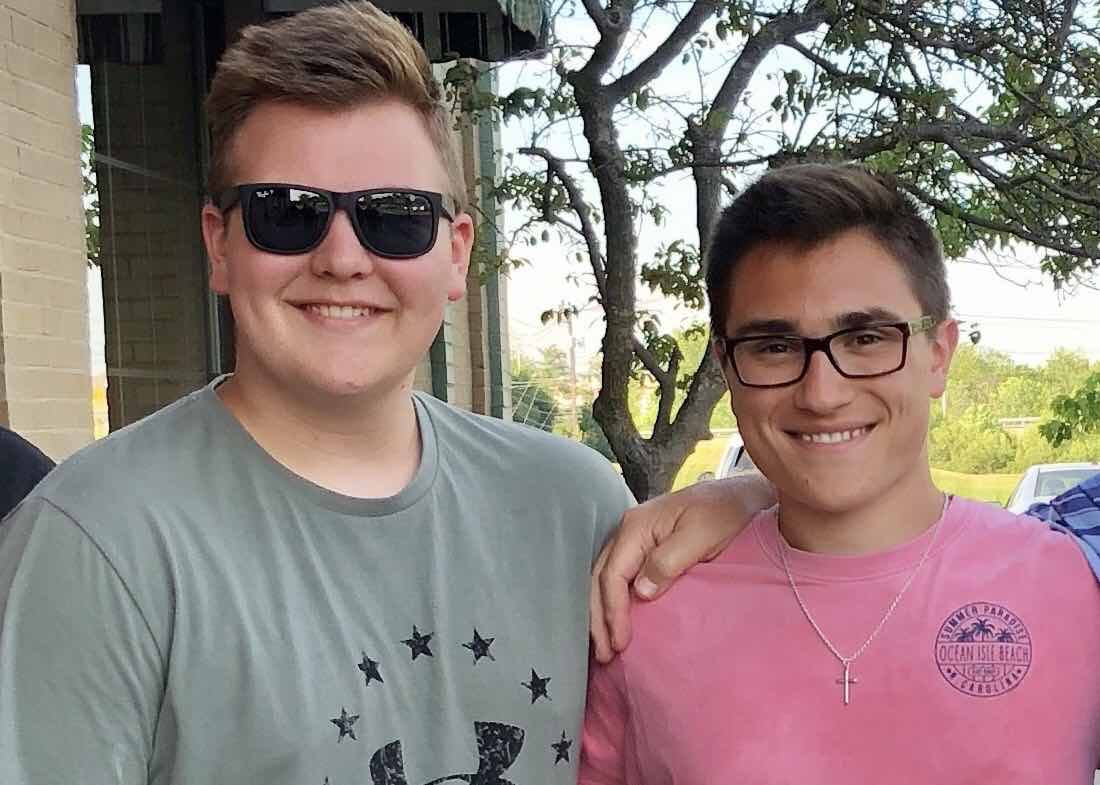 DanceBlue’s impact was not limited to meeting my temporary emotional needs. DanceBlue was of critical importance in providing me with social interaction during my developmental years. Without DanceBlue, I would have lacked opportunities for social development because, for three years, I was largely unable to leave my home. Because of DanceBlue, I was able to grow despite my challenges and cancer now holds no power over me.

While each story is one-of-a-kind, mine is not an outlier. Themes of jealousy, anger, and neglect are commonplace within the sibling community. In fact, several studies have determined that siblings take cancer diagnoses equally as hard as the ill child, crazy as that may seem. Regardless, DanceBlue has always been For The Kids, and that mission—in my experience—remains unadulterated by a distinction between healthy versus ill. This is why I am so fond of the organization, and why I now DanceBlue.