DanceBlue is an organization that encompasses so many more people than just current students. University of Kentucky alumni that participated in DanceBlue both as dancers and on Committee, also known as DanceBlue alumni, continue to support and be impacted by the work that the organization does. One such DanceBlue alumni is Cameron Sedlar. 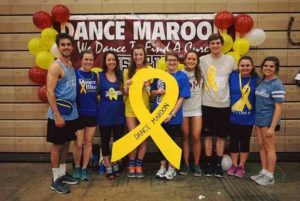 Cameron Sedlar is a graduate of the UK class of 2018. In his 3 years here, he participated in DanceBlue as a part of Operations Committee in 2016, a Dancer Relations Coordinator in 2017, and the Fundraising Chair in 2018. However, his DanceBlue journey actually began before college when he got involved in his high school’s mini marathon. “I attended Ballard High School in Louisville, Kentucky and joined the organization in my junior year. In my two years, we were able to raise over $80,000 all for the kids!” said Sedlar. This experience then inspired him to join DanceBlue his freshman year of college.

As he got more involved, the reasons for giving so much time to the organization evolved as well. “My original reason to join in high school was that I have a sister who battled cancer when she was younger and I 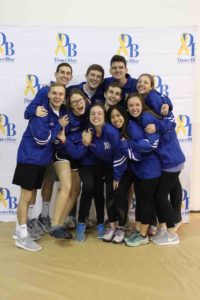 thought it was a cool way to continue to support kids like her,” Sedlar said. “Little did I know just how big of an impact it would make on my life and how it still continues to shape the young man I’ve become. The more I served this organization, the more it continued to support me in ways unimaginable.”

Since graduating, Sedlar has stayed at UK, earning his doctorate in physical therapy. His current career interests include pediatrics and oncology, a passion that is largely attributed to his involvement in DanceBlue. Since he has stayed local, he has also tried to stay involved in DanceBlue in any way he can. He attends events such as the 5K and Silent Auction, and he was even involved in DB19 as one of the PT students that gave standing massages to the dancers who earned that incentive. When asked about what he learned in his time being involved in DanceBlue, he said, “The biggest lesson DanceBlue has taught me is just how big of an impact one individual can make in this world. DanceBlue started because one special boy refused to accept mediocracy 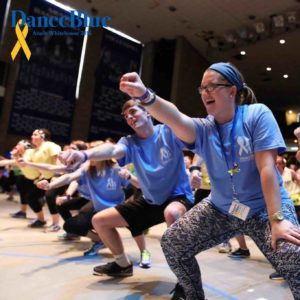 for pediatric oncology care. Here we are today, millions of dollars later, still dancing, still refusing to give up until a cure is found and we do not have to dance for another second. That is part of what I think makes DanceBlue so special – the overall goal is not to exist any longer.”

Being a part of DanceBlue has obviously made quite the impact on Sedlar, as well as so many others. Although he realizes how much DanceBlue gives people, he also realizes how much that the students give back to it in return. He said, “As an alumni, I just want to thank all of you committee members who tirelessly work your butt of day in and day out to help put this on. Your hard work and dedication do not go unnoticed! You have an army of alumni backing you and supporting you, and we can’t wait to stand on that balcony come marathon day and see what DanceBlue 2020 has in store!”. We can’t wait to see you there, Cameron! Thank you for your continued support of our cause!